The Chameleon can be admired at first floor in the new exhibit "A new world" dedicated to insects, amphibians and reptiles.

He lives mainly in the African continent with the largest number of species in one of Madagascar Island .

All species have arboreal habits: they hunt mainly during the day and feed on insects that catch thanks to the particular tong which, in addition to having almost twice the size of the animal, also has a very rapid movement with which it is often able to seize their prey by surprise. In fact, these animals are slow, and are therefore considered passive predators waiting for the passage of the prey. 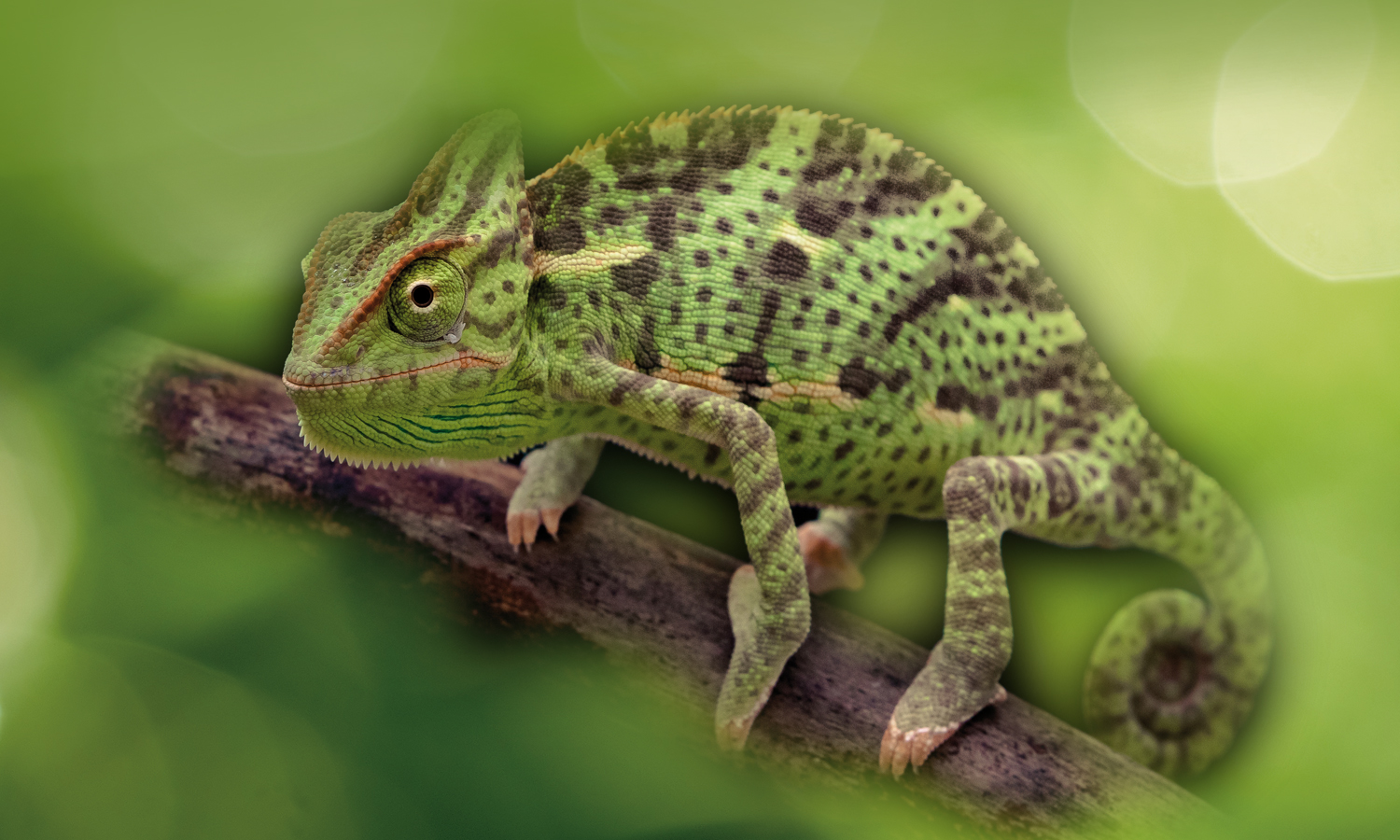 Most known feature of the chameleon is definitely the color that can change depending on the situation, from which the famous expression "to be chameleon".

Finally, the eyes of the chameleon, they are real examples of natural engineering. Each of the two eyes can rotate independently 360°: this feature allows the slow chameleon to keep well "supervised" their surroundings, either when it is a prey or a predator.