A GIANT OF THE SEAS

The Napoleonfish (Cheilinus undulatus) came to Livorno Aquarium in April 2012.

This fish belongs to the Labridae family and is characterized by the presence above its head of an irregular globular hump, which grows with age and gives the fish its name, due to its purported resemblance to the hat often worn by Napoleon. 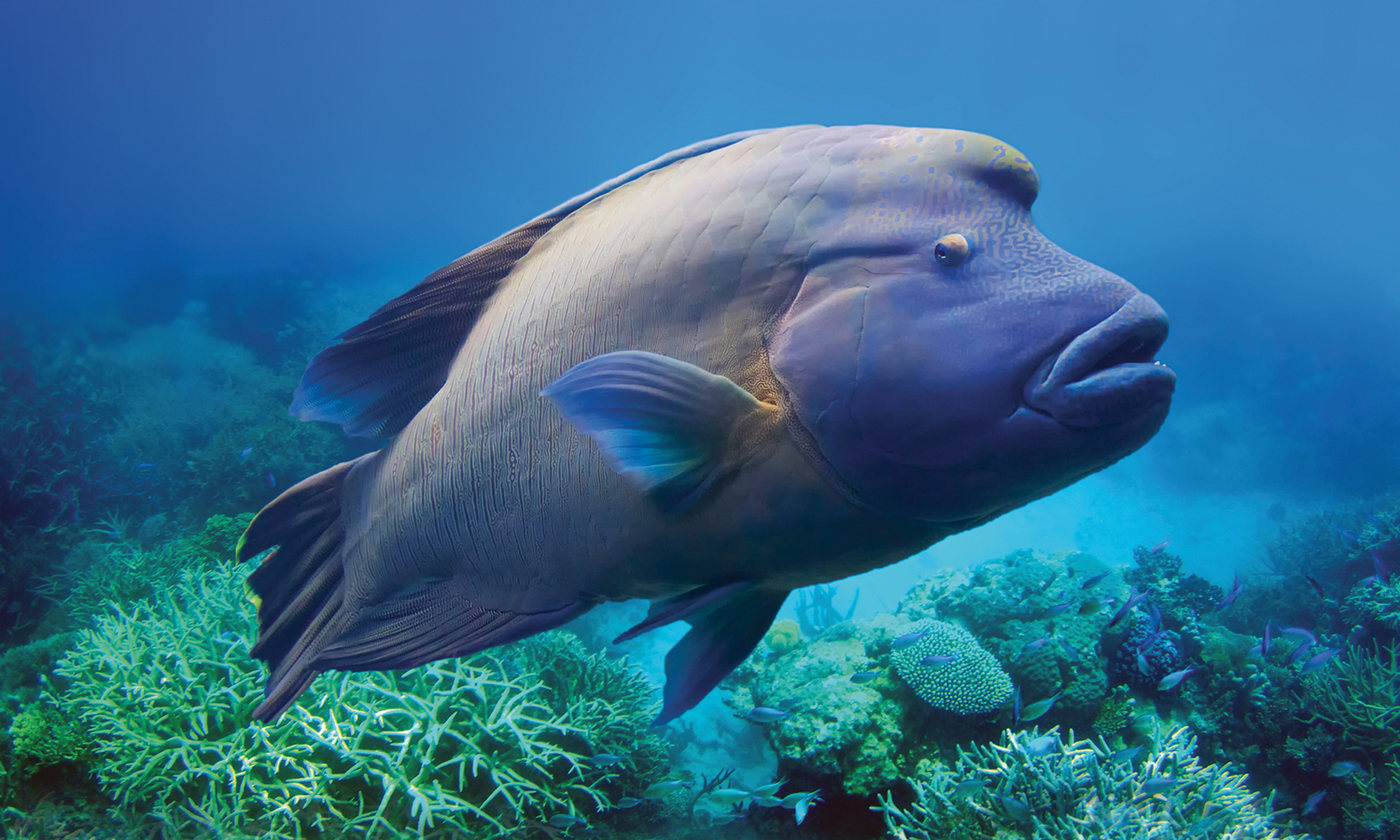 The Napoleonfish can range in colour from light blue to emerald green and from pea green to pinkish grey, finely streaked with a mesh of thin yellowish lines forming a labyrinth over the entire body and fins, with the exception of the head. The caudal fin has edges with a lighter colour. Young Napoleonfish are lighter in colour.

This is the largest member of the Labridae family, and can grow to lengths of over two metres, and sometimes up to 230 cm.

It is a prevalently solitary species with diurnal habits that tends to occupy the same area, sleeping between corals at night.

Kept in the Indo-Pacific tank, which reproduces a tropical marine environment, together with the Green Sea Turtle “Cuba”, the Blacktip Reef Sharks, the Red Lionfish, the Batfishes and other marine specimens from these seas.

Several animal species change sex spontaneously and naturally, and this is particularly true for fishes. Unlike classic hermaphrodites, in which both male and female characteristics are present at the same time (simultaneous hermaphroditism), in these species sex changes with time, when a certain age is reached. This is called “sequential hermaphroditism”, and can be subdivided into three different types:

Examples of protandrous hermaphroditism are the fishes of the Anthias genus. Other fishes that change sex are Parrotfish, Napoleonfish, Grouper Fish and many others. The phenomenon of protandry is also very common in bivalve molluscs, for example in oysters.