New 2021: a new tank dedicated to the alien fishes!

International maritime traffic, the double opening of the Suez Canal and climate change allow many species to enter the Mediterranean Sea every year, occupying the ecological niches of native species which unfortunately  tend to disappear.

The squirrel fish for example (Sargocentron rubrum) is spreading rapidly in the south-eastern area of the Mediterranean between Libya and Turkey, and will soon reach the coasts of southern Italy. 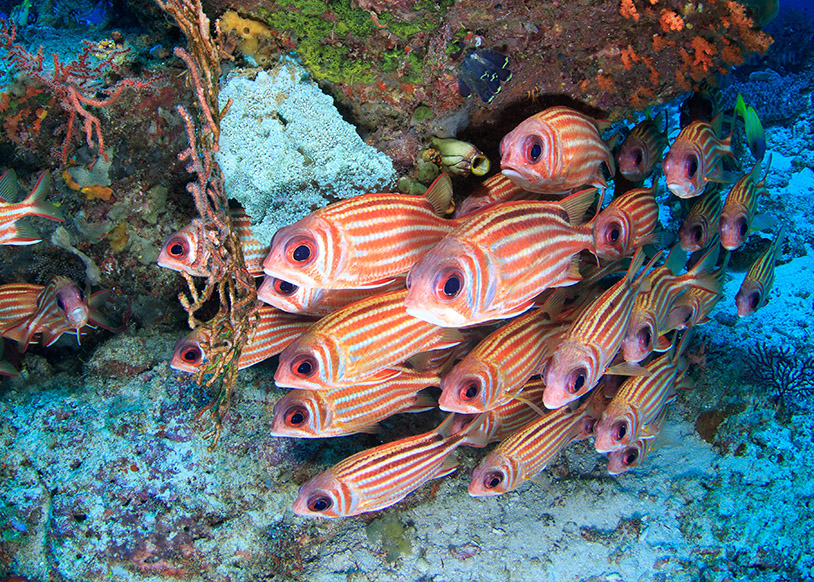 In some cases, alien species are potentially dangerous for humans, both by contact and by ingestion.

The scorpion fish (Pterois miles) in fact, has the long rays of the dorsal and pectoral fins that can inject a powerful toxin, fortunately thermolabile like that of the redfish, but rather painful. 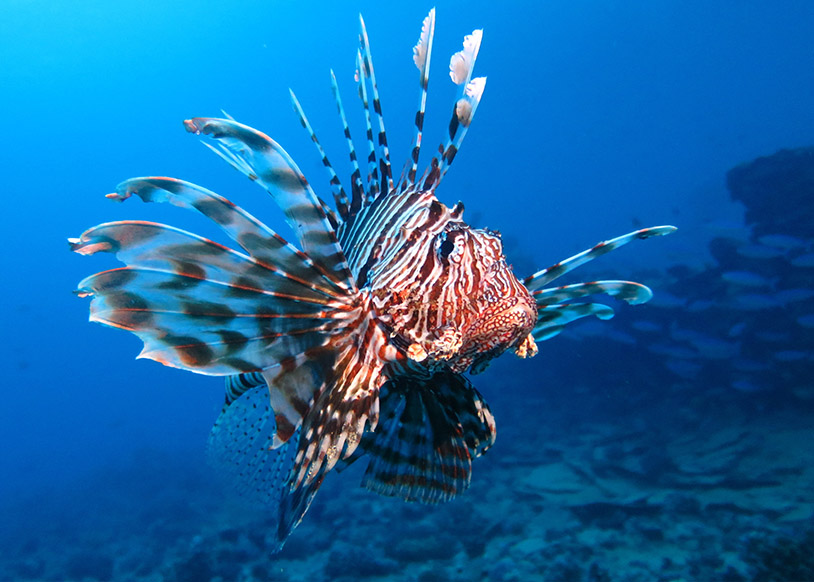 Visitors of Acquario di Livorno can help us to collect reports on their diffusion along our coasts.