At first floor, after visiting the exhibit  dedicated to insect, amphibians and reptiles, visitors have access to the Panoramic Terrace of Acquario di Livorno from where to admire the beauties of the coast of Livorno and the island of the Tuscan Arcipelago. 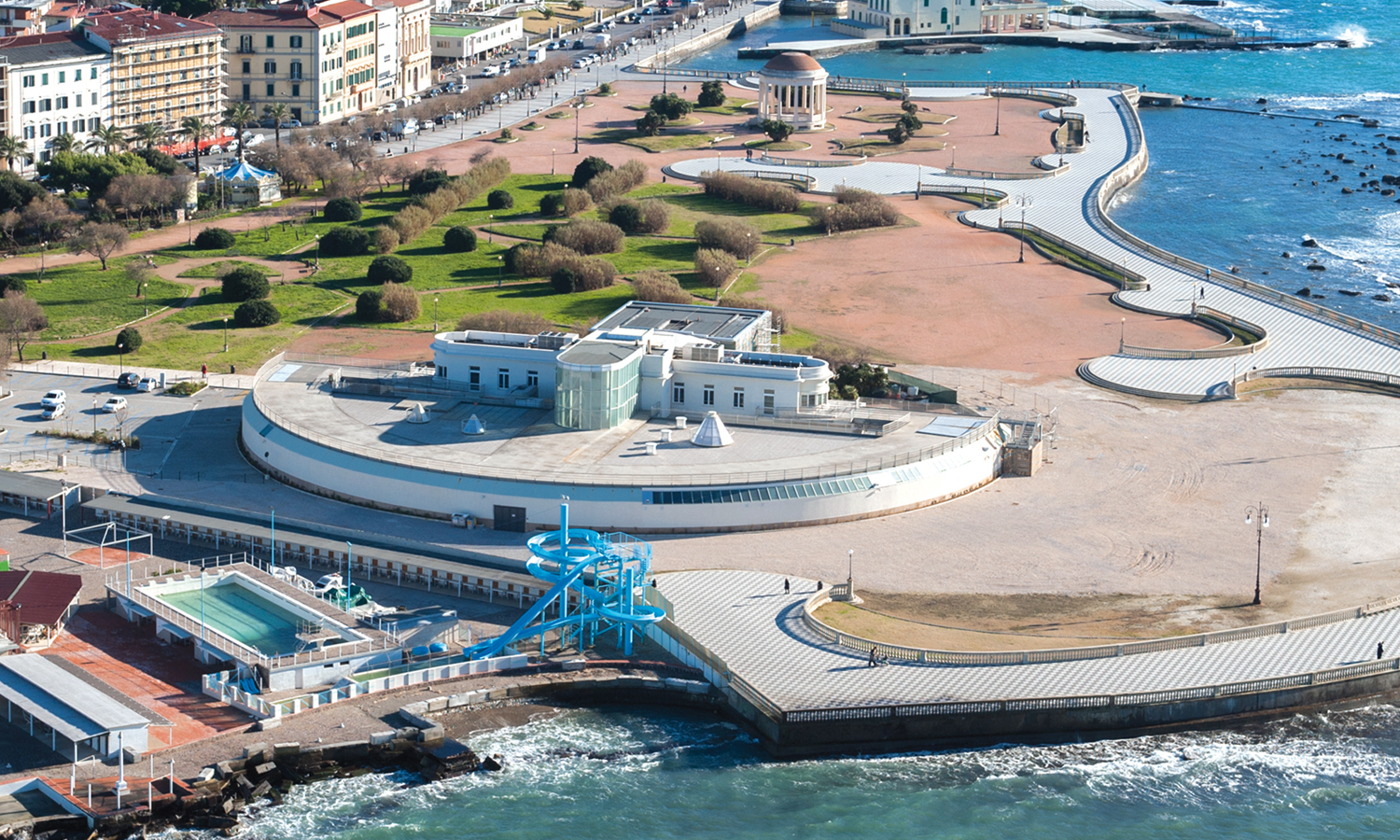 Acquario di Livorno is situated on the Livorno seafront, inside the Mascagni Terrace, a splendid location with a strong emotional and scenic impact, considered to be one of the finest attractions of the Tuscan coast and a place of great touristic interest for the whole region of Tuscany.

The Mascagni Terrace is a large open space bordered on the seaward side by a winding balustrade composed of 4.100 elegant baluster columns cast in concrete. The paving consists in a chequered pattern with an area 8.700 square metres, made up of 34.800 black and white paving slabs. 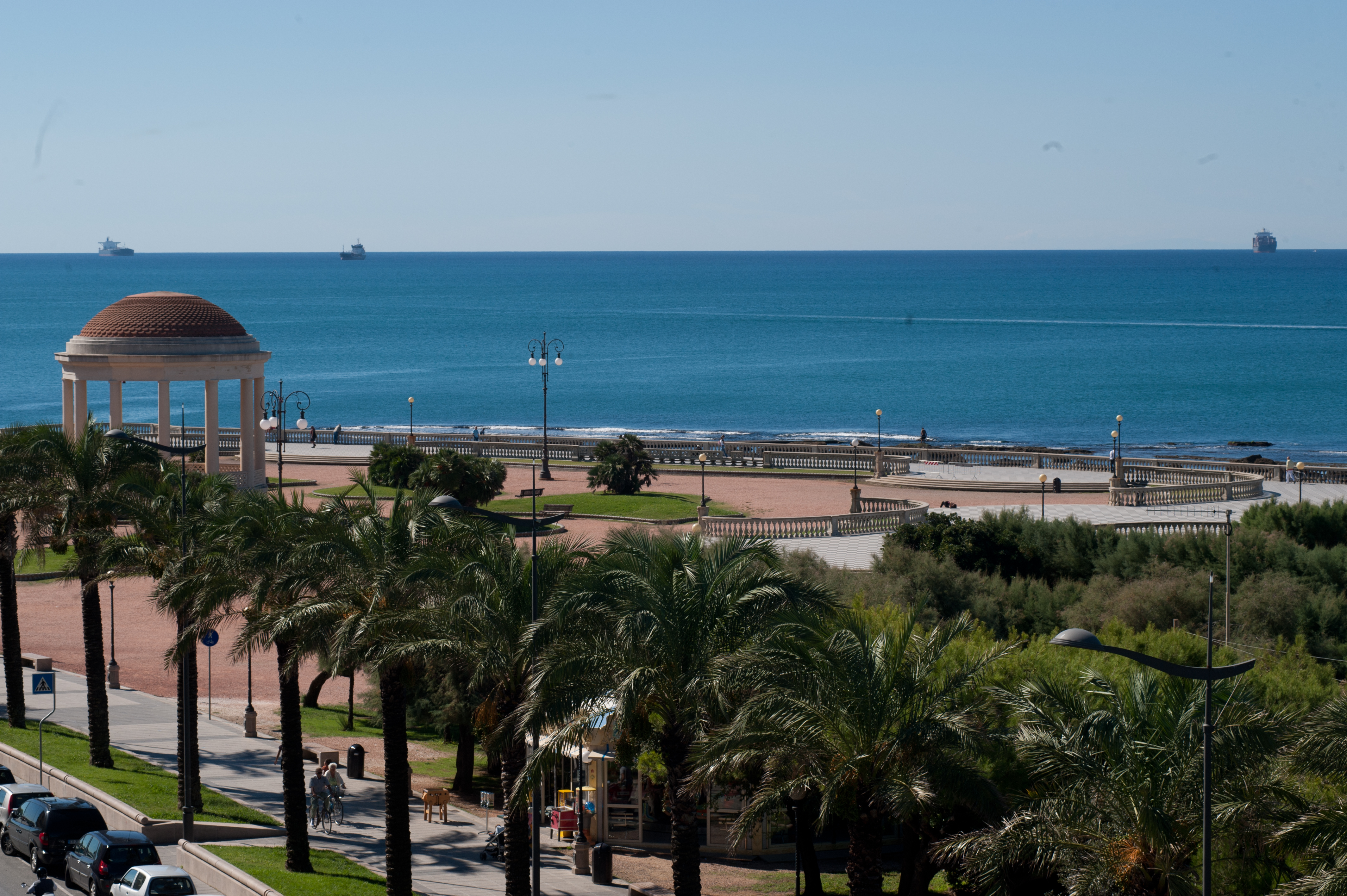 From the architectural viewpoint, despite the period in which it was designed, the terrace appears relatively uninfluenced by the rigorous stylistic dictates of the fascist era, and given the lightness of its surface and infinity of its balusters, it seems much rather to represent a theme of metaphysical abstraction.

Completed in 1928, it was initially called the “Ciano Terrace”, but after 1943 it was rededicated to Pietro Mascagni. The gazebo used for concerts was built in 1935.

The terrace has now been restored to its original condition, offering splendidly romantic views over the sea.