Usually the zebra shark lives in the shallow waters of tropical seas, from the Red Sea to the Indo-Pacific Ocean.

Sedentary habits, the zebra shark moves sinuously with its long tail in search of food that consists of crustaceans (shrimps and lobster) or bivalve molluscs, which can crush with its dental plaques.

Unlike other sharks, this order has no sharp and cutting teeth, but it is equipped with rounded and large teeth that allow to concentrate the force on the entire prey until breaking it. 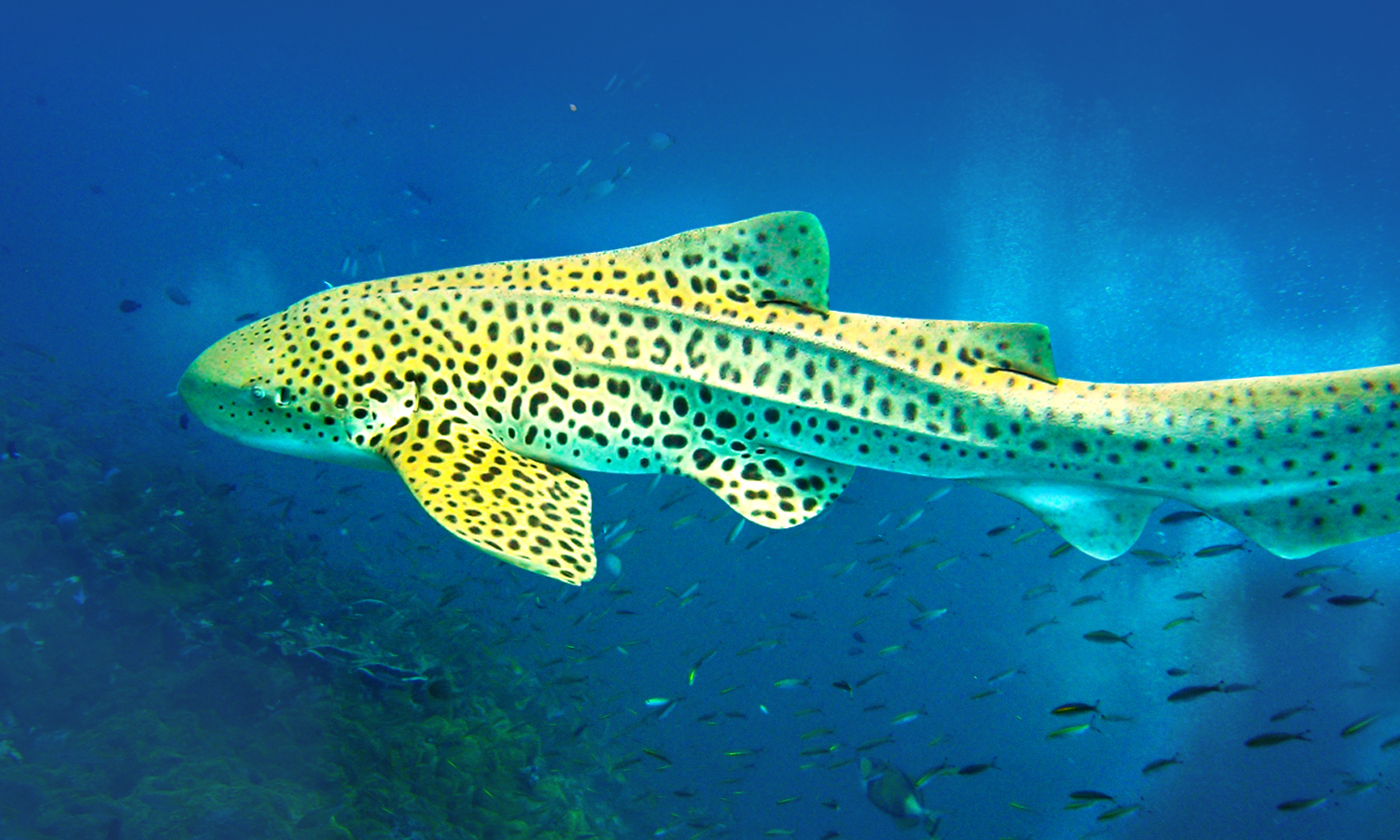 Although the zebra shark is not yet an endangered species, the environment in which lives is subjected to great pressure by humans; this may damage this and other species very valuable to preserve the planet's biodiversity.