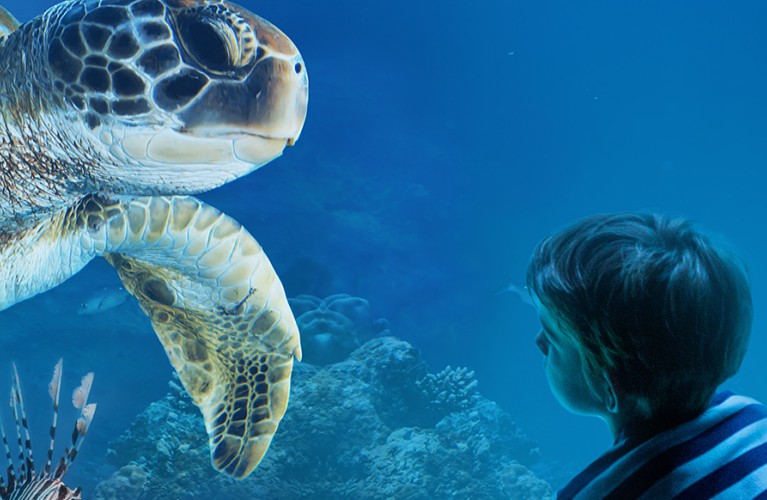 Livorno Aquarium occupies a splendid site of great historical, artistic and architectural value for the city. Built in 1937 to designs by the engineer Enrico Salvais with the collaboration of Luigi Pastore, the original building was destroyed during the Second World War, but it was later rebuilt and opened to the public. Closed in February 1999, on 31 July 2010 it reopened under the management of Costa Edutainment Spa after a restoration work that had started in 2007, under the supervision of Opera Laboratori Fiorentini.

The aquarium is dedicated to Diacinto Cestoni, a 17th-century biologist who conducted many interesting scientific studies, with and without the aid of a microscope, applying the method of experimental enquiry, and the first researcher to discover that corals and sponges are animals.

Livorno Aquarium is situated on the city’s seafront, within the Mascagni Terrace, a splendid location with a strong emotional and scenic impact, considered to be one of the finest attractions of the Tuscan coast and a place of great touristic interest for the whole of the region of Tuscany.

The historical and architectural prestige of the aquarium building is closely linked with important characteristics of the surrounding area, like the Etruscan Coast, with its archaeological attractions, the Tuscan Archipelago and the Pelagos Sanctuary for Mediterranean Marine Mammals, of which this stretch of coast is a part. The Livorno Aquarium unites the themes of the sea and nature, and the artistic traditions of a city where illustrious personages such as Mascagni and Modigliani were born, showing its links with the arts.

prev
Company
next
Mission
Buy now
and save with tickets online!